How did I go from Spartan training to being a KBIA certified instructor? 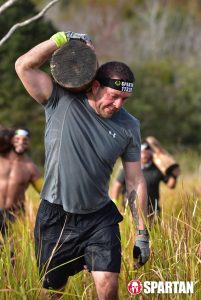 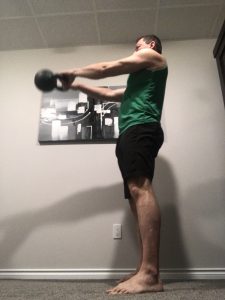 The differences of what I’m doing in those two pictures is pretty significant, but I’m being a little sneaky here, because that Spartan picture is AFTER I was deep into Kettlebell Kickboxing.

And, while I wasn’t KBIA certified yet, I was already registered and ready; only holding off on
my certification because I had the trip planned to that race out in Florida. So why did I use that
picture? Well, because I look awesome in it of course! LOL

If I’m being honest (and for the purposes of this I need to be), 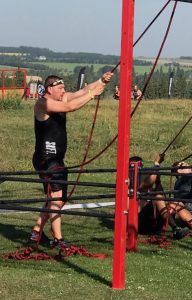 this is a picture of me as a Spartan BEFORE Kettlebell
Kickboxing came into the picture.

You can see why I use the first picture over the second, the
differences should be immediately apparent: I was heavier, less
conditioned, less muscle toned, and looking like I was
suffering. (Note – that’s not all sweat in that picture, I had just
came out of a very disgusting body of muddy water). In this
picture I was barely 3km into the race and already wishing I
was done, in that first picture I was over 11km into the race
and hardly phased… Was I less trained? Nope, I did the same
amount of training before each of the races, the only difference was
in place of going to the gym I was using kettlebells instead, if

anything the strength portion of my training was actually less time than before.  Now, a person doesn’t just say “you know, if I trained with kettlebells I bet my Spartan performance would be better”, so how did this transition come about? Let’s start at the beginning, my easing into Spartan racing. It was the start of my lifestyle change from years of inactivity. I was out of shape, overweight and needed to start changing, so I (along with a few others) signed up for some personal training at a gym. The trainer was fantastic laying out what we needed to do, and teaching us how to do it. As to be expected with a lifestyle change like that it took a lot of effort to get into the swing of things and after a while, I started to recognize some of the changes that I was looking for in my body. Having been a gym rat in days long past, I recognized the some of the patterns the training was falling into (Monday was legs and back day, Wednesday was arms and core, etc) and about a year in figured I had learned enough on technique and form to drop the personal trainer and continue on my own. As time progressed the people I trained with slowly dropped off (even with my constant nagging for
them to keep coming) but I pushed on. I continued to note improvements, but I was definitely
hitting a plateau. That’s where things started to get more difficult, going to the gym was
becoming more like a chore and there was no one left to give me that little push to go further.
I continued to race, but races weren’t getting easier or faster, and I started wondering about
adding in more training, and decide where better to start than the core! I had met Jodi a couple
of years before that at an obstacle racing training course, and she had been posting about her
ABSolute ABS program on Facebook, so I messaged her about buying the program (I mean
seriously, if you’ve ever met or seen Jodi, there is no question she knows abs). In the quick
chat we had, her Kettlebell classes came up and being they were only a couple of blocks from
where I work running at lunch, I figured I would check them out because it never hurts to learn
something new (and yes, I still bought the ABSolute ABS program).

The first class I went to is 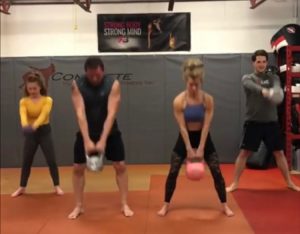 where I started to get drawn into my new path.  The first thing that made me want to start being part of the KBKB community was just that, the community. I’ll admit, I went into that first class with some trepidations.  I had used Kettlebells
before, but was far from confident that I had any idea what I was doing, and everyone else there looked like they were experienced. But before class even started, people were coming over and introducing themselves. I’ve been to quite a few gyms and exercise classes but I
don’t ever remember having something like that
happen before; everyone is always in their own “zone” or, as is common place know in gyms,
wearing big headphones to make sure that they are blocking everyone else out. As class started
all the usual fears were there: What if I can’t keep up? What if I completely screw up and
embarrass myself? Is everyone else going to be annoyed that the new guy is slowing down the
class? Those fears didn’t last very long. As we started into class, Jodi would run through what
she wanted everyone to do and the come over and show me what to do and how to do it, and
still finding a way to make sure she was paying attention to what everyone else was doing, and
making sure they were doing work that pushed themselves. And then, after struggling through
my first ever (now both loved and feared) set of ladder exercises, all fears were removed when
the type of community Jodi has formed really showed itself, as one of the other members
walked over to me, threw his hand in the air for a high-five and said “great work!” By the time
the class was finished I was drenched in sweat, but had enjoyed every minute of it.
Well, until the next day that is…I believe the message I sent Jodi that following day was pretty
close to “I don’t know whether to love you or to hate you, but every part of my body hurts!”
ROFL. The answer is love of course, because as much as I might harass her during class about
what she’s making us do, I love every minute of being pushed to my limits. 🙂 Now, I started that
out talking about how I was instantly drawn into the community, but made a few other
statements in there that I wasn’t so quick to recognize that also helped draw me in. I was no
stranger to the gym by this point, being there usually 5 times a week between strength training
and cardio conditioning, but after my first KBKB class pretty much every part of body was sore
like it was my first time working out. Eventually that started to sink in: every part of my body.
The workout wasn’t just focused on arms or legs or back, but it was a total body workout, and
cardio thrown in as well! I’ve gone out on a 10km run in noon heat and didn’t come out
sweating as much as I did in that class.

I was drawn in enough to keep coming back to class, but there was an issue. Due to my
schedule I could only be at classes every other week. As classes progressed, I started to
recognize the benefits I was getting to help with my training. If something happened that I
missed a day of training I wasn’t missing out on training parts of my body because I was
working everything every class. Even though I didn’t realize it for a couple of months, my
general mobility was improving constantly. My cardio wasn’t just isolated to my running days
anymore, so it was increasing faster than ever. I started gathering a collection of kettlebells at
home and recognized I didn’t need all of the equipment down at the gym to train I could do a
large portion right in my basement. All I would need to do was learn how to make sure I worked
everything in (and properly). I started hounding Jodi with questions and thinking about
certification.

The choice to trust KBKB as my training tool for Spartans had proven itself repeatedly in my
racing: I had always struggled going over the 8’ wall; in my first race after KBKB training I kept
watching for it and didn’t figure out until the end of the race that I went over it without realizing
it. Instead of just running and being happy to finishthe race, the last race I ran I finished in the top 10%of a field of over 4500 people. Rather than coming outof races feeling beat up and unable to do anything fora week or more afterwards, I was coming out of races and back to training within a day or two. The examples go on and on. Knowing that, the choice to get certified was easy: I knew the training was working and certification was going to give me the ability to train on my own. Yes, my initial reasoning behind certification was purely self motivated, train myself and drop a gym membership. But that didn’t last, looking back I could see what a big part the community played in the training. I’ve never stopped going to Jodi’s class because she and the people there are amazing, and I sincerely hope to have my own classes someday (hmmm, maybe with a Spartan spin on them?) and to help grow the tribe I’m so proud to now be part of. 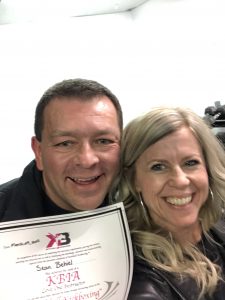 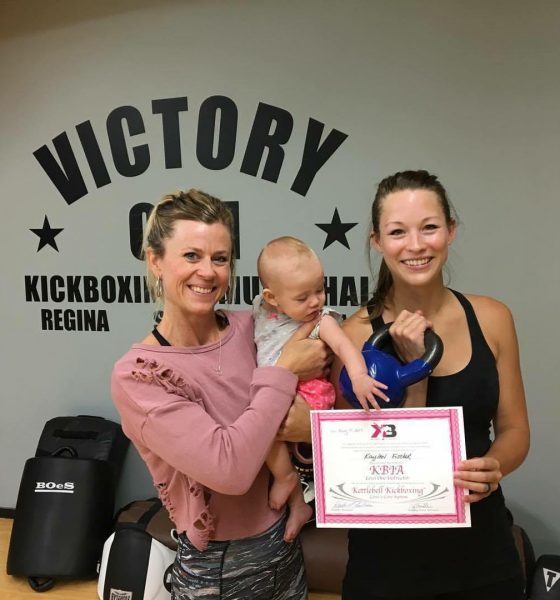 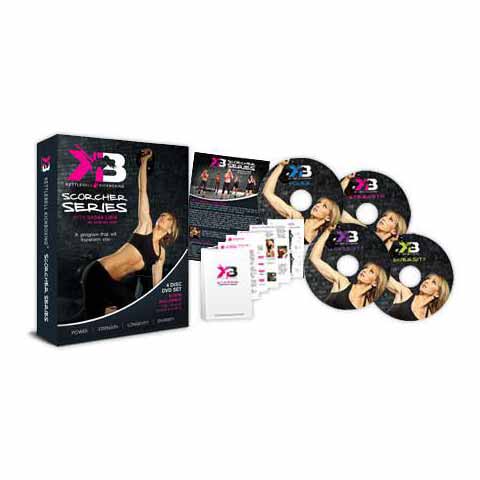 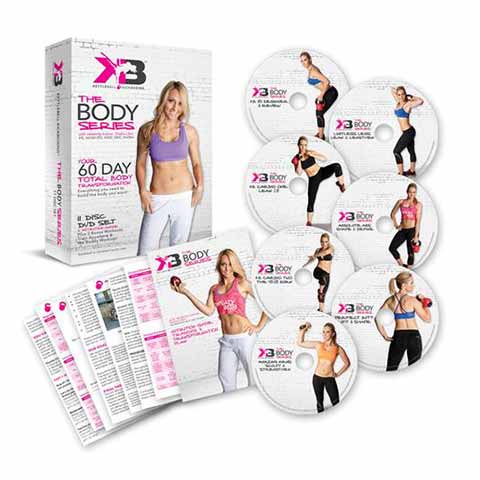 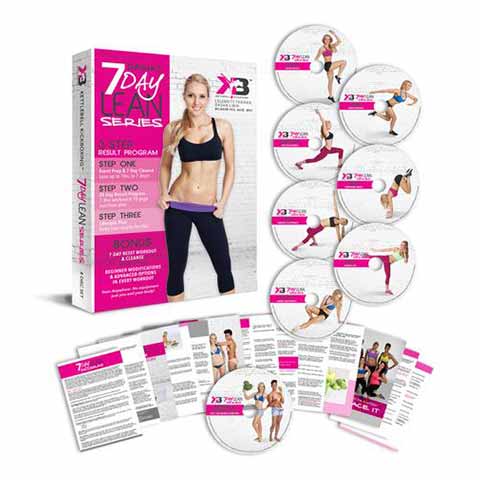